Beachcombing for Fun and Profit #5 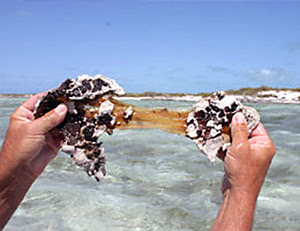 Five (eight) things to collect for cash on eBay the next time you walk along the beach.

At the conclusion of this popular series I must remind readers that Dumpdiggers is the Home of the History Hunters, and the drive to find exotic treasures is only a small part of the passion needed to dig holes in dumps. Dumpdiggers has only strolled along these tropical beaches as a vacation of sorts, and today is the last day.

You know what’s like on the last day of your vacation; today is the day we pack our bags and accomplish all those small things we missed on our trip. As the sun sets on this virgin beach, let’s keep a weather eye open for last three types of treasures that could be found while beachcombing.

These final commodities are rare and valuable and so completely different from each other that it hardly benefits readers to find them lumped together like this at the end of the series. But it’s because they are so rare that Dumpdiggers cannot devote an entire post to each.

These are the items you won’t find while beachcombing, and yet it's ‘on the beach’ that these treasures are often discovered.

Antique fishing tackle must be mentioned 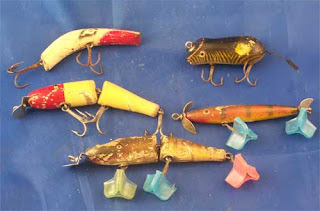 here, but Dumpdiggers cannot do any more than that today - we could write an entire series on this genre and only skim the surface… How much money will ‘found’ antique fishing lures fetch on eBay these days? Let’s follow this of five wooden antique fishing lures – these specimens look similar to the ones I found when I was a kid.

The first lure is a Lazy Ike by Kautzky, the second lure is torpedo shaped and has a spinner in the back and the front and reminds me of an old Rapala. Lure number three is by Shakespeare but we cannot read the lure name. This lure also appears to be missing the diving bill on the front. The fourth lure has glass or plastic eyes and is by C.C.B. Company of Barrett Indiana, and its marked with the date . The fifth and final lure is a Pikie-Minnow also by C.C.B Company of Barrett Indiana. This lure has on the bill and has glass or plastic eyes. All of the lures are wooden. The bidding starts at $10 bucks and there are four days left in this auction.

Intrigued, Dumpdiggers promises to do an exhaustive study of antique fishing tackle a little closer to the start of fishing season in . 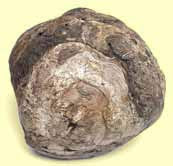 Ambergris is a storied treasure of ancient pharmacopoeia. This brown /grey waxy substance is produced (rarely) in the digestive system of diseased sperm whales and has been used for centuries in the world’s finest perfumes. Ambergris has a peculiar sweet, earthy odor similar to isopropyl alcohol but without the alcohol tang. Indeed the smell is described as being quite profound – that’s the reason why it’s worth so much money.

Because ambergris occurs as a biliary secretion in the intestines of the sperm whale (only), and giant squids' beaks have been found embedded within the lumps, scientists have theorized that the whale's intestine produce the substance as a means of facilitating the passage of sharp objects. But why only the sperm whale you ask? Well that may be because they are avaricious hunters of squid and dive to great depths to feed on them. 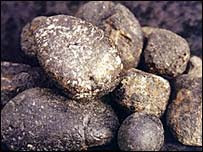 Perfumers like to believe the stuff contains pheromones – Per Fumo speaks with authority about the sexual power of the substance. There must be a reason why this stuff smells like it does? Beavers make castoreum for sex signals, musk ox make a scent for (I’m not sure why exactly) and skunks for protection? Anyway there are still myths surrounding ambergris. 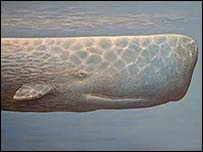 Picture this – a diseased sperm whale dies and its body sinks to the bottom of the ocean. The ambergris in its intestines is released after months or years inside the whale’s decomposing body. The hard waxy balls finally escape and rise up to the surface of the ocean. The floating 'wax' balls bakes in the sun for ten years, and then washes up on the sunny shores of southern Florida... Guess what? that would be perfect nature-ripened ambergris and five pounds could fetch over $100K

Ambergris is the subject of many treasure stories - one farmer found a huge piece on shore and used it as a centerpiece in his flower garden. When the true nature of the0 ounces at a remarkable five pounds ten shillings per ounce!

In 1930, - a native girl lowered a basket of live poultry from her head as she sat down to rest upon a rock on the beach. She was of course upset when she found that her cotton dress was stuck to the rock! An apothecary learned of the incident, retraced her steps and found the material - he sold the rock and bought a chicken farm.

Analyses of ambergris show that it contains a mixture of organic and inorganic substances. Inorganic - sodium chloride (ordinary salt), and phosphate of lime (perhaps derived from the hard parts of squids). The organic substances include alkaloids, acids, and ambrein. Most importantly, ambergris possesses ‘fixative qualities’ - it endows ‘blossom fragrances’ in tinctures with a greater degree of permanence. Ambergris prolongs floral notes on account of its agreeable and lasting bouquet. – after a delicate breath of roses has entirely evanesced, the exhalation of ambergris still remains.

Selling ambergris has always been difficult, and today it’s almost impossible; the United States passed the Washington Treaty in 1970 prohibiting the sale of animal products.

There are no sales on eBay – only a prepared tincture of ambergris can be purchased here from ominique Dubrana the Composer Perfumer of Perfumo Italy - 16 Ml. € 54,17
50 Ml. € 145,83 . And I did find a Malaysian website that was selling it - more info here. 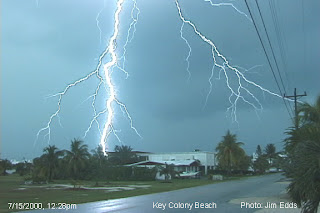 Fulgarites are petrified lightning! They are hollow carrot shaped glass tubes that are formed in the sand when lightning strikes the beach.

The word Fulgurite comes from the Latin fulgur meaning thunderbolt - these strange items were known in ancient times and some folks today believe they preceded, and may even have inspired early glassmakers. Fulgarites are a very rare phenomenon and therefore highly collectible. The glass formed is called lechatelierite which may also be formed by meteorite impact and volcanoes. Amorphous, it’s classified as a mineraloid. 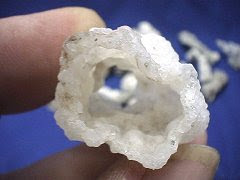 The tubes can be up to a couple of centimeters in diameter, and meters long. Their color varies depending on the composition of the sand – sometimes they are black or tan to green or a translucent white.

The inside of a fulgarite tube is normally very smooth and sometimes lined with fine bubbles while the exterior is rough and generally coated with sand particles. They are root like in appearance and often show branching or small holes.

Thanks for the fun and informative series, Rob.

Have a safe trip back to the Great
White North!

Stumbled on this from a google search on fulgarite. Great post! Makes me miss living on the West Coast for sure! Thanks for all the great info and pics!

I would like to invite you to join a social networking site for sea glass enthusiasts this site is interesting to anyone who loves to beachcomb or loves the sea:

Hope to see you there!

http://www.seaglasslovers.ning.com where over 2300 worldwide members share their passion for sea glass.

Membership is free and we are a Non Jewelry and Non Agenda site dedicated to sea glass collectors around the world!