Basement waterproofers who dig trenches around old homes in historic regions of Toronto very often find valuable antique bottles and early Canadian pottery - that's not a new story.  Right here on Dumpdiggers blog there have been more than a few accounts of Toronto area waterproofers digging up remarkable relics, while on the job.  Indeed, it was one of these existing narratives that brought another such tale into this temporal tabloid. Chris Cavan from City Wide Group Basement Waterproofers in Toronto struck glass and emailed Dumpdiggers. People who collect antique glass bottles, especially diggers tend to poke around online and look for history related portals where their dug specimens maybe depicted and described in greater detail. So it was while researching his bottle booty that Chris Cavan happened across the Dumpdiggers' blog and reached out for help. After some excited emails with photos, Chris invited us out to the CWG headquarters to examine and elaborate on the history of his burgeoning bottle collection.


Water damage can wreak havoc on basements, and the mold that forms in moist environments can ruin an entire house. 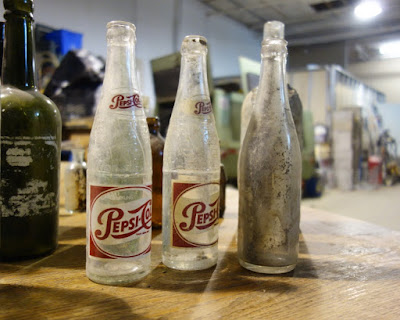 City Wide Group Inc has been waterproofing Toronto \homes for over fifty years. The process requires digging deep trenches around the foundation walls of older building to access and seal up century-old cement. Its when his workmen are trenching close to the house that Chris keeps careful eyes on the soil, and he's trained his ears to detect the tell-tale 'tink-tink' sound of a spade shovel striking glass. If he sees broken bottles and pottery shards in the dirt piles, or even white furnace ashes, or if he hears the tinking sound of metal on glass, then he springs into action and shoos away staff members to take up the shovel himself.

The sister of this photo below was used later by Lori Bosworth of Torontonicity in her piece about Toronto Tradespeople who find Treasure on the Job which I gave to her along with Chris's story when she asked about some other pictures for the piece. 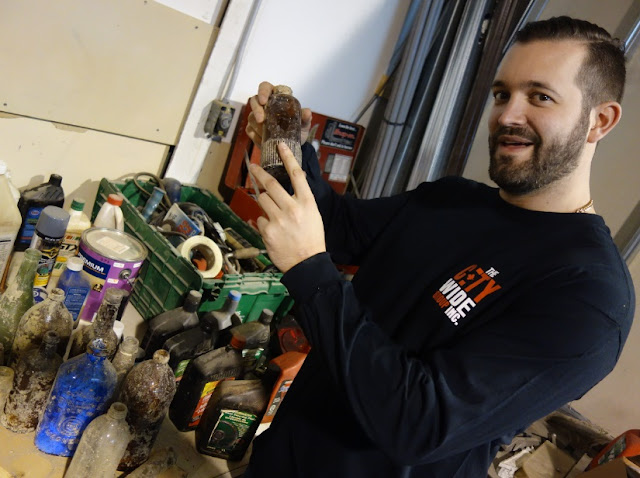 Waterproofing your property becomes necessary when the foundation begins to leak or let moisture through, allowing it to deteriorate. House foundations can rather suddenly spring a leak for many reasons, most commonly changes on the surrounding property. A common cause is a congested weeping tile system where the weeping tile can longer flow due a blockage of debris, soils or tree roots. Horizontal or vertical cracks in the foundation, or a separation of blocks can make voids where the foundation and footing meet, and this of course allows water to enter into the basement. Add to that reality, that simple fact that many foundations were not waterproofed properly during the construction process, particularly older buildings. Now you see why City Wide Group is so busy, particularly in the springtime. 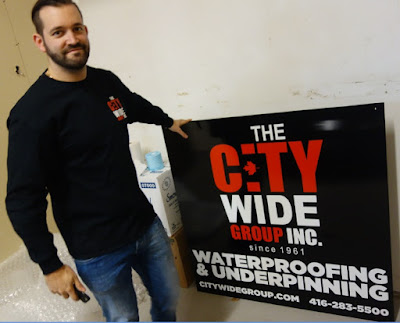 City Wide Group has been waterproofing foundations for over fifty years. His operation is one of the longest running and most experienced waterproofing companies in Toronto. Their track record proves they use the best of materials and procedures to waterproof any type of foundation for life.