This picture above is an artist's imaginings of the very first steam powered tour of the mists below Niagara Falls in 1846, the year the original Maid of the Mist tour company launched their double stack ferry boat.

There's a lot of good history here and it starts in pre history. The native peoples recognized this place as being very spiritual - the river chasm contained the loudest sustained sound they had ever experienced. Their gods and their beliefs centered on this holy site wherein they made sacrifices. 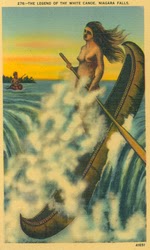 There are a few different Maid of the Mist legends told around Niagara Falls but my favourite is the Disney esque story about La Salle's visit in the summer of 1679, the year Chief Eagle Eye's beautiful fifteen year old daughter Lela-wala was chosen for the water sacrifice - a lone canoe ride over the falls to honour the river Thunder.

In the postcard to the right, you can see Chief Eagle Eye following behind his daughter. She became the Maid of the Mist and he rules the river chasm - they both lend their voices to the sound of the river Thunder for eternity.

There are as many variations to this story as there are native American Indian bands in the area, then and now. Originally the area was Iroquoian but we know that confederation of people had many different dialects and sub languages which historians today call Laurentian.  in each story however the same rudiments exist - the maid of the mist story is a tale of human sacrifice and the tragic loss of a beautiful young person for a greater good - sometimes the reason is specified - the Cayuga version invents a water snake menace that is countered by the sacrificed girl being reborn to warn her people , for example.


Maid of the Mist Becomes Hornblower in April 2014

Hornblower has was the name of a fictitious British Navy midshipman who became an Admiral in the Age of Sail, a character invented by CS Forrester loosely modeled on the life of Horatio Nelson. 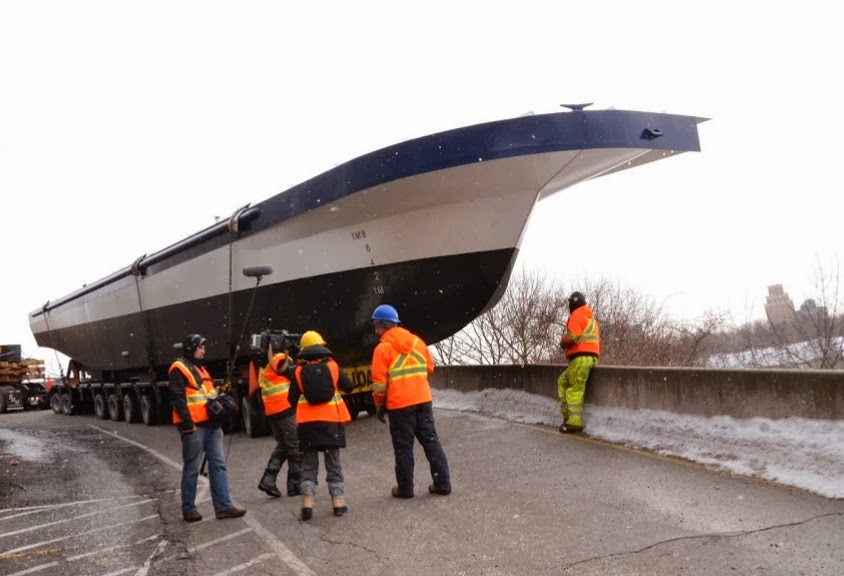 In Canada, in Niagara Falls, Ontario the word Hornblower lives on as the new name of the official tour boat company recently licensed to operate an exclusive natical tour at the base of Niagara Falls.

The boat company launches their first tours next month April 2014  after trucking in the vessel components north from a manufacturing facility in the US and assembling the prefabricated high technology tour boat on shore in front of everyone's eyes - it added to the spectacle of the frozen river and waterfalls to see a group of twenty men milling about a huge vessel surrounded by scaffolding , forklifts and cranes.

You can see the boat being delivered and assembled  in this video,

This is the future of the boat tour and it was made possible in equal parts by politics and technology, just like it was back in 1846 and on through the years. 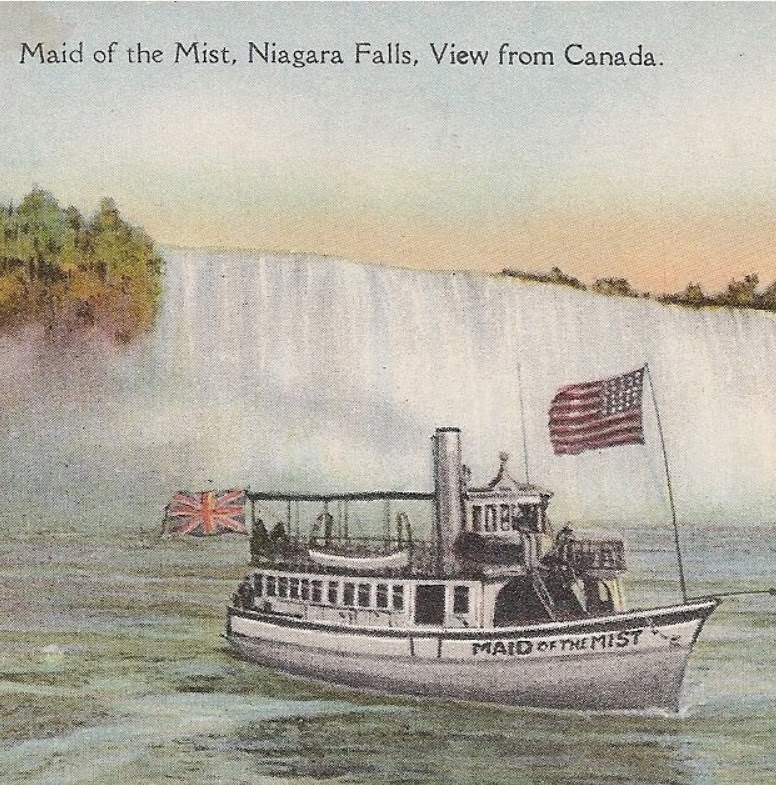 Over the year there have been various postcards  celebrating the Maid of the Mist tour boat vessels. The man made engineering of the craft seems a triumph as it emerges from the steamy veil at the bottom of the waterfalls and lend s itself to the cameras as a wonderful subject in an exciting location - it converts landscape photography to much more engaging vehicular portrait photography. 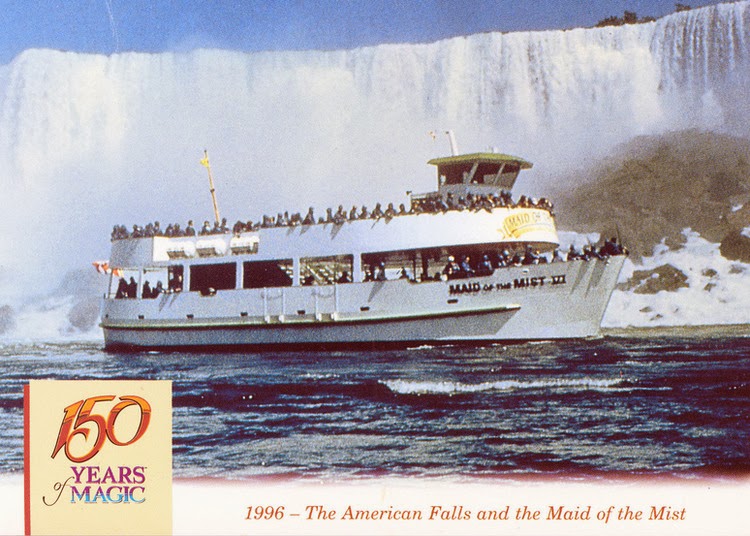 Here's the Maid of the Mist tour boat as photographed in 1996, the last shot in a six part series celebrating the company's 150th anniversary.