When I saw Ace post this image of a James Ryder Ginger Beer from Guelph on Flickr, I knew there had to be a backstory, and so I asked him for more narrative in the comments.  Two weeks later, on a cold Sunday afternoon in May 2016, Ace replied to my request in an email. 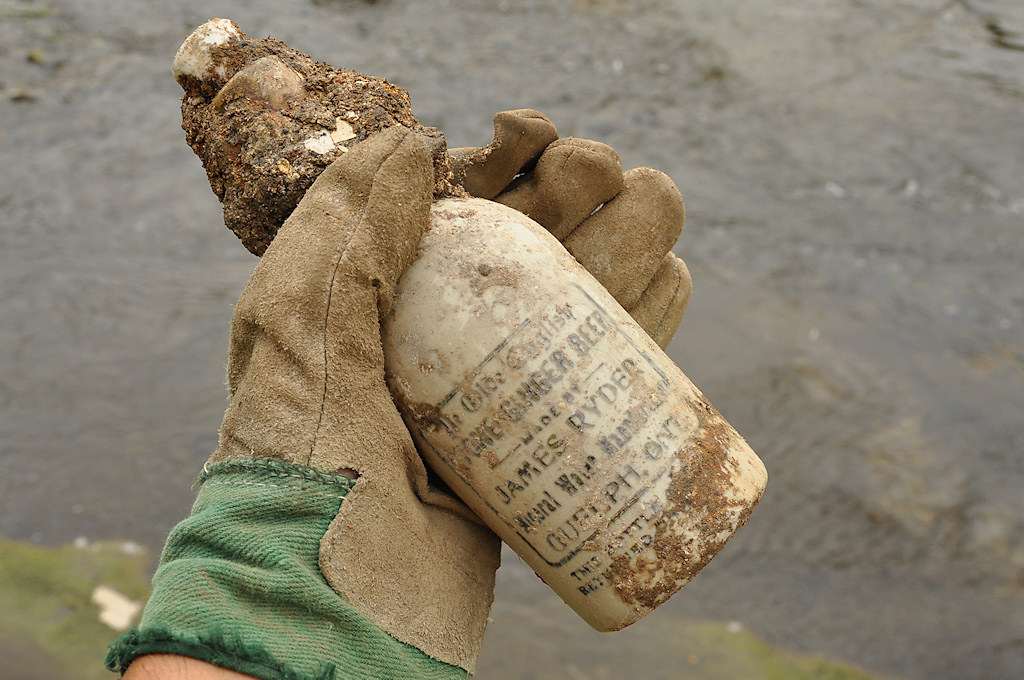 Also present in the Guelph Museum are two clear glass bottles that hold 8 fluid ounces each. One is embossed "Ryder's High Class Mineral Waters, GUELPH" on the front. It also has an image of "Conveyor Belt with a Wheel". Bottle made in a mold between the years 1915 to 1925.  The other clear glass bottle is also embossed with the same lettering but features a picture of "a well with a pulley system". 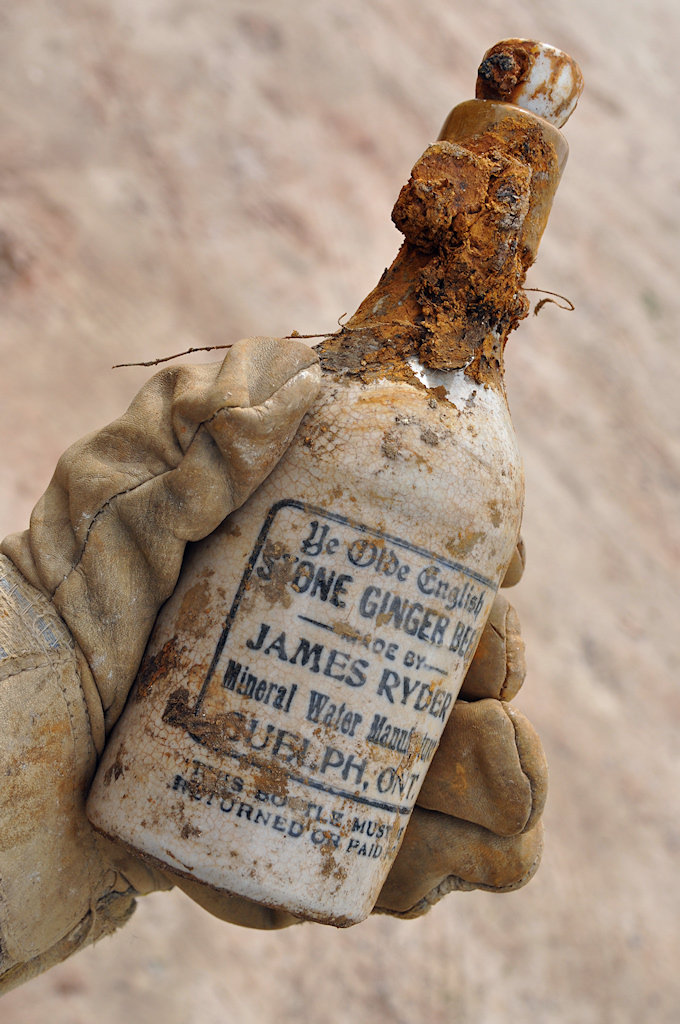 While scouring the online archives in Guelph for anything know about James Ryder, I did discover his name among the membership rolls in the Masonic Lodge and we know he was a benefactor or at least had some affiliation with the Salvation Army, cause his name is in a booklet from the 1920s. Perhaps I could have found out more. Maybe a reader will email me more information?

Ace emailed me this morning and wrote,

Here's the story for the James Ryder bottle, I was walking by a Guelph construction site and noticed some bottles lying around and one of the construction workers didn't seem to mind if I stopped by after hours to look around. When I came back in the evening I noticed the hole the backhoe had been digging earlier was mostly filled in again but there was one spot I could still dig myself. I dug up many junk bottles and was about to give up when I noticed a white stopper sticking out the side of the hill, I gently poked at it and it fell out and there appeared to be a top of a ginger beer bottle lying its side but I figured it probably wasn't intact so I didn't get my hopes up. I carefully dug it out and turned it over and to my surprise it was a James Ryder Ginger Beer bottle from Guelph and in one piece. I continued to dig a little longer for more good stuff but got nothing but junk. The hole has now been filled in again so I'm lucky to have at least found one good bottle. - Ace from Guelph
Posted by rob at 1:42 PM No comments: