A History of Making Custom Cardboard Boxes at Colt Paper 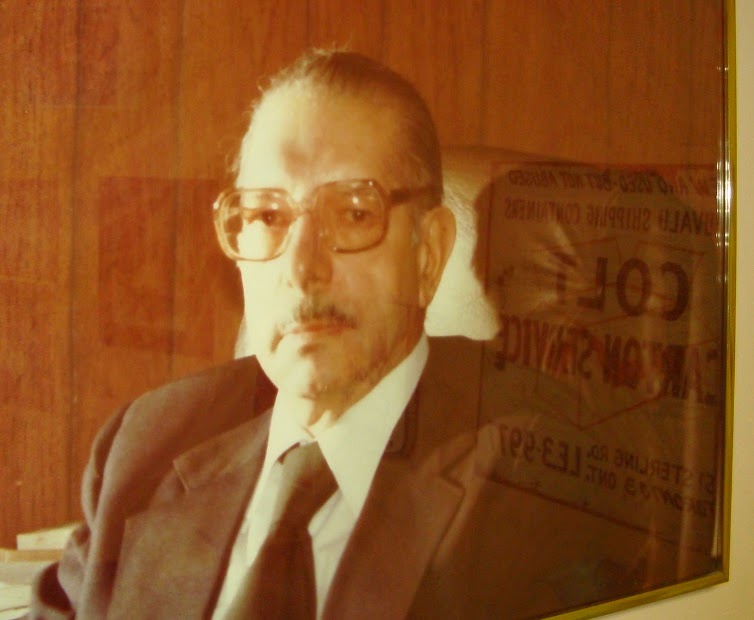 Colt Paper started back in 1935 when Sidney Colt realized that there was a need for boxes in Toronto.  He began buying and selling used boxes, doing business under the name S. Colt & Sons.

For many years Sidney bought and sold cardboard boxes as enterprising wheeler dealer; his customers were store merchants and captains of industry all over the city. It was one of Toronto's earliest cardboard recycling programs.

Even today cardboard can be collected and sold to recyclers for profit.  There's money in that.  Most types of "cardboard" are recyclable, but laminates, wax coated, or boxes treated for wet-strength are more difficult to recycle. Clean cardboard, by which we mean cardboard that has not been subject to chemical coatings is usually worth recovering, although often the difference between the value it realizes and the cost of recovery is marginal. Cardboard can be recycled industrially, or used for other purposes. For example its often used as building insulation, and damaged cardboard can be shredded for animal bedding. 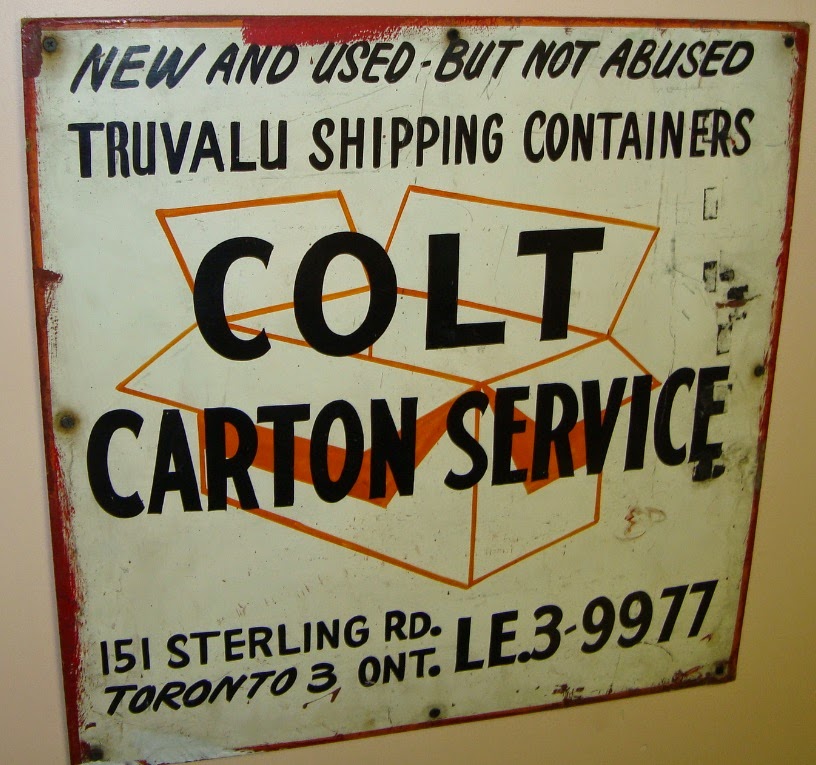 By the 1960’s, Colt Carton Service had become a manufacturer of corrugated boxes and pads in its own right. This was a big step forward - it required a location where machines could be set up to fold and adhere paper which came on thick reels. It required shipping and printing, cutting and waxing, design and marketing, payroll etc. It was a full fledged factory at 151 Sterling Rd.

Manufacturing cardboard boxes in Toronto followed a process that was started almost one hundred years earlier called 'pleating paper'. The process was patented in England in 1856, and the pleated paper used as a liner for tall hats, but the corrugated box board as we know it was not patented until December 20, 1871. The patent was issued to Albert Jones of New York City for single-sided (single-face) corrugated board. 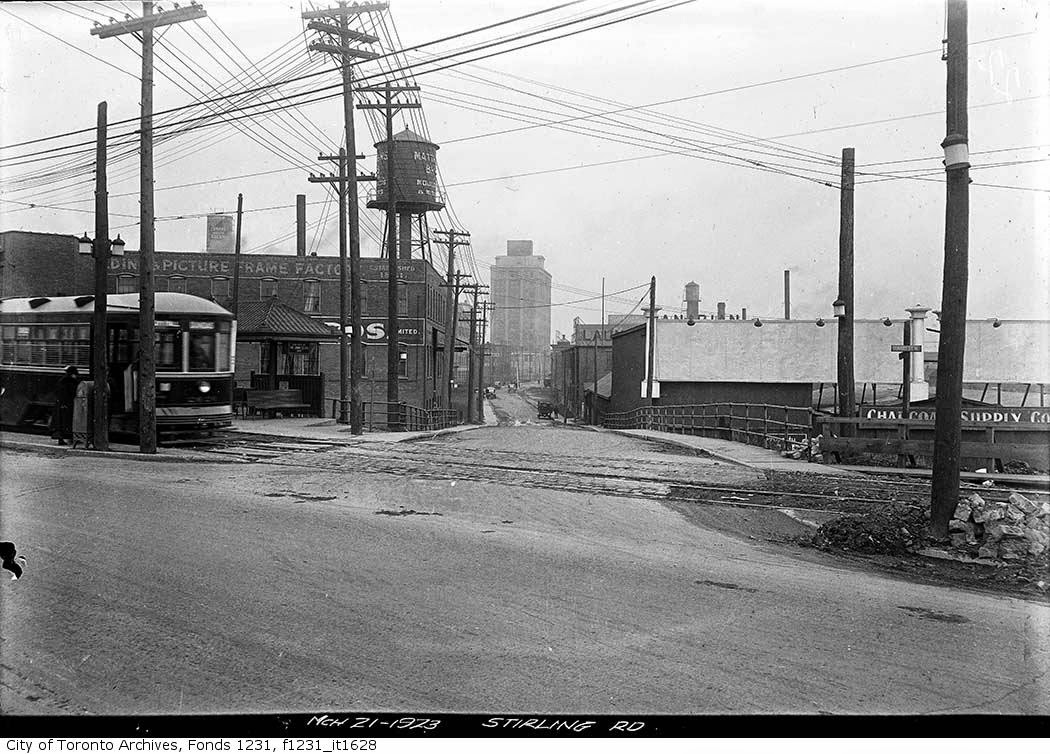 This is Sterling Rd looking north from Dundas St in the early 1920s. This is the industrial park beside the railroad tracks. Colt Paper set up their factory here in the 1960s and they have been making and selling custom cardboard boxes ever since.

The corrugated box was initially only used for packaging glass and pottery containers. But in the mid-1950s, cardboard fruit boxes enabled fresh produce to be brought from the farm to the urban grocer without bruising, and quickly thereafter the demand for cardboard became industry - wide, and Colt Paper was in the thick of it!

Neil's daughter Sari is now part of the team as well. Colt Paper has been a proud part of the Junction Triangle/Sterling Road community since the 1960’s.  Rob wrote an exploration of Colt Paper for SmartCanucks forum that goes inside and looks around the business as it exists today.

The area has changed from industrial park to an artsy entrepreneurial zone. Colt Paper is committed to supporting their local vendors, believing the communities are richer when we buy from each other.

All of the corrugated products are manufactured locally, and they were among the first to switch to starch based enviro friendly packing peanuts.   Colt Paper supports various charities, including United Way, and Sleeping Children Around the World.

Colt Paper specializes in custom manufacturing plain and printed boxes.  Colt excels in meeting the needs of entrepreneurs who want to brand themselves without committing to large quantities.