Dumpdiggers love Geocaching – this new sport (it all started less than ten years ago) is a great way to stay in shape, see the countryside, and interact with family and friends while 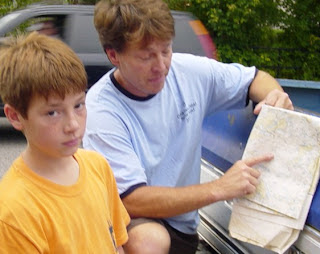 sharpening your own skills as a treasure hunter. In fact geocaching is kind of similar to relic hunting but without the rich historical rewards. Sure there's some plunder, but the sport actually requires participants donate prizes of equal or greater value after completing each quest. Maybe I should back up and explain some things…

What is Geocaching?
American military technology has transformed treasure hunting into a thrilling 21st century sport, but instead of using an X to mark a spot on a map, we can now use GPS devices to pinpoint our quarry, and throw away the map. 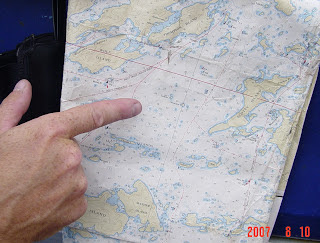 G.P.S. means Global Positioning System
Unless you’ve been hiding underground for the last fifteen years, you probably already know that satellite based GPS first appeared as the invisible hand that guided those smart bombs into Iraqi equipment sheds in Operation Desert Storm in the early 1990’s. Now it can be used by the public to glean the position of anything anywhere on the planet. Armed with a love of exploration and a decent GPS system, participants use alpha numeric coordinates to search and rescue cached goodies.

One international Geocaching Website binds the entire community together with remarkable unity. On this one site, ALL geocaches in ALL countries are listed, along with their coordinates and any hints you may need to find the booty. 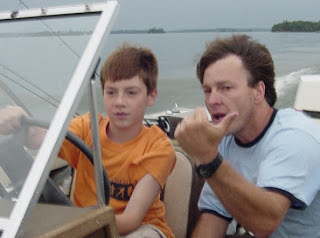 Introducing Norman Hissa and his son Neil. These two avid adventurers have extensive resumes as anglers and rock hounds on Lake of the Woods.

Together they discovered the thrill of geocaching in late July 2007, and now obsessed, both evil geniuses conspire to create the most challenging travel adventure in the area; an empty peanut butter jar has been codenamed 'LOW not Whisky Island' and indexed as GC152ET . The drop was made on a tiny island in the middle of the lake on August 10, 2007. (There was a spectacular lightning storm at that afternoon and the boating party was lucky to get back alive.)

Operating under the moniker ‘Rosie’ in July, the duo found and logged their visits at all the geocaches in in under three days. Unfortunately these caches were too easy to find; like most targets originally seeded by Rambling Rose, they require a hike along the railroad tracks. Keep your eyes peeled for railroad dumps near Tunnel Isle – there’s a nice one in the marsh just east of the first rock cut (on the north side of the tracks). 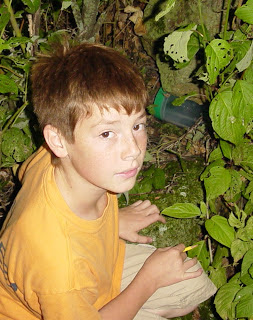 understands Geocaching's appeal, and sees the new sport's potential as an emerging tourist activity. The snowmobile clubs have 'poker runs' where drivers pick up cards and rally between ice fishing huts - soon there will be Geocaching Clubs visiting Lake of the Woods in all seasons. Frustrated with how easy it was to find ALL existing caches in Kenora, and Neil decided to create this super-challenge.

GC152ET is the alpha numeric key code for a geocache that was planted by stormin’ Norman Hissa and his son Neil in the middle of the . Without question this is the hardest target in the entire area; GC152ET requires a boat (or a snowmobile in winter) and some special skills!

Geocaching on Lake of the Woods

At the time of this writing, there are 508520 active caches worldwide, and there are over 5000 caches in alone, but less than fifty caches in the area. GC152ET is a peanut butter container filled with trinkets, buttons, pins and collectible coins. 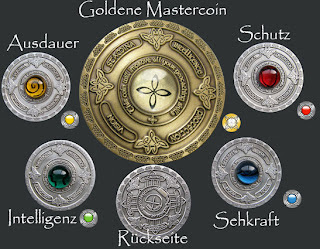 Geocoins, as they are called, are created to mark events and honor places - and they travel in the pockets of geocachers all over the world. Most will probably increase in value over time, depending on certain key variables that seem kind of mysterious to this author, at this time.

Three companies have set up shop here in to manufacture such coins. Check out Land Sharkz, and Angies Outdoors and Geocoins.ca to peruse new material. I suppose if this collectible merchandise is preserved in mint condition it will increase in value - there's some proof of that here in a Lady Luck Blonde geocoin on eBay that’s getting the attention of geocoin collectors worldwide. I would like to know more about geocoins and what makes them collectible. Perhaps I should issue a series of Dumpdiggers coins?