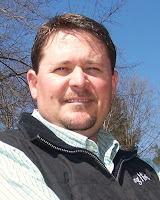 Dumpdiggers has a friend in Greg Toney, and we recognize him as the web’s most videogenic relic hunter, SC digger. The charismatic college professor has become YouTube's foremost authority on Civil War metal detecting - his video series Saving History has now collected over 198,000 views, and has 386 subscribers.

Although there are hundreds of treasure hunting videos online, Saving History is the best. It has the most knowledgeable host who consistently shares the highest quality information and recovers the best stuff. And most importantly, this video series has a terrific soundtrack. The opening jingle is strangely reminiscent of the HBO series Deadwood, and I personally find it delivers the same anticipatory response…

Episode One – The Collection SC digger does a great job introducing himself, and the series objective. This opening clip features a spectacular photo montage set to an acoustic version of Guns and Roses Sweet Child of Mine. In this sequence Greg lenses all the different types of buttons he has found over the years, and the result is truly breathtaking. Each little piece of metal in his collection has a long and complicated story that we can only contemplate…

Episode 21 Port Royal Camp
SC digger takes viewers to the low country of South Carolina with Bill Duggan. At the beginning of this clip there's a taste of Metallica playing in the background as Greg shoots an establishing shot from inside the cab of the truck. That episode introduces the gorgeous ruins of a three hundred year old church as Greg sketches its history, and again the music in the soundtrack is perfectly suited to the visuals.

Always improving, SC digger fingers Episode 23 Sherman's Shells as his best video yet, and I suppose that's because of the quality of the hunt. The team recovers some truly amazing ordinance from the temporary trench pits of a long forgotten civil war battlefield.

So is Greg Toney a heavy metal head banger? What an interesting juxtaposition. Could this respected filmmaker and expert historian (Greg has a Master's Degree in Mass Communication from Auburn University, a Bachelor's Degree in Mass Communication with a Minor in History from Winthrop University) also be an avid fan of heavy metal music? Not really. His profile lists his musical preferences as: R.E.M., The Cure, The Smiths, Social Distortion, AC/DC, The Doors… whatever. The entire Saving History sound mix is brilliant - that includes the musical soundtrack, and also the digging and metal detector sounds and professional sounding dialogue mixes... really outstanding audio! 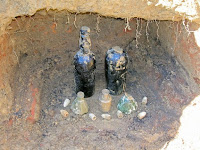 The Saving History video series advocates the responsible recovery and preservation of historical artifacts. In each episode, SC digger takes viewers out into the field for adventures that educate and inspire audiences by relating all manner of hobby related tips and tricks (so amateur enthusiasts might improve their own relic hunting techniques). The show is made to satisfy armchair historians too, as SC digger usually outlines the broad strokes of major US Civil War battles before and sometimes during every hunt.

Saving History also recovers Native American artifacts like flint blades and arrowheads, and SC digger has been known to find and unearth objects that are not made of metal, like hundred year old glass bottles, stoneware inks, whiskeys, pill jars and saloon pipes. 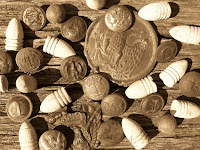 In summary, SC digger writes, “I shoot my hunts in the field as they take place...I don't just save up for when I find something good...if I don't make any great finds, you see that too...as any relic hunter knows, that's the way 90% of the digs go...so a little reality...but, yes, every once in a while we do dig something special.’
Posted by rob at 10:01 PM

That's great to know there are some hard workers out there willing to share their knowledge with others :)

Your dig video’s are great saving our Past US History.👍